GET COMPETITIVE PRICING WITHOUT THE HASSLE

REPAIR YOUR VEHICLE WITHOUT CALLING AROUND

LOCAL BODY SHOPS IN Cooper City WILL PROVIDE ESTIMATES TO REPAIR YOUR VEHICLE.

GET FREE QUOTES FROM LOCAL SHOPS

CHOOSE A CERTIFIED SHOP WITH YOUR OWN CRITERIA

SIT BACK & RELAX, YOUR REPAIR IS IN GOOD HANDS

Here are the top Auto Body Repair Services in Cooper City, FL as of July 2021

I
Completed 0 jobs on Start2Finish

When choosing a collision repair facility to care for your vehicle, it all comes down to a matter of trust. Ideal Auto Collision is one of the largest family owned and operated collision repair centers in South Florida. You can be confident that your car is in capable hands and that your vehicle will be restored to its original safety, performance and beauty. Through our integrity and commitment to the industry, we at Ideal Auto Collision have earned the trust of our customers. This principle is built into everything we do. From employing I-CAR trained & ASE certified technicians, maintaining a state–of-the-art repair facility, and using only the highest quality refinish products, equipment, and parts, you will see that we are indeed committed to delivering the highest quality repair to your vehicle.

For over 30 years, Classic Collision has put customer satisfaction first in all we do! We are proud to provide high-quality auto body repairs with properly trained technicians and the appropriate equipment. We hold several manufacturer certifications and factory-direct training which makes us a leader in comprehensive collision repair. In addition to our technical skill, our founder had one goal when starting Classic Collision. He wanted to serve his customers with honesty and integrity, while using the best talent and highest quality materials. We are happy to be serving our customers with the same goal over 30 years later and hope to be serving you for many more years!

King’s Body Shop is a family-owned and operated business serving Hollywood, Florida for over 25 years and have with over 75 years combined experience. Striving to provide the highest-quality repairs and bodywork to ensure maximum customer safety and satisfaction at an affordable price.

Family-owned and operated for over 45 years. Auto body repair and painting. Heavy collision claims, small customer pay work. Cosmetic work to any vehicle. Donny takes pride in all of the work done and stands behind it all with a warranty. He has many loyal customers and referrals are always ongoing.

B
Completed 0 jobs on Start2Finish

Established in 1974, Brilliant Collision Center is a family-owned and operated auto paint and body shop in Hollywood, FL. Serving all clients from Hollywood, Hallandale, Fort Lauderdale, and the other surrounding regions, we have gained a loyal customer base. Our large facility features the best equipment on the market to help our trained specialists to provide the fastest and highest quality auto body repair and paint service. We easily restore your car to its former glory. Brilliant Collision Center offers a lifetime guarantee on all our work. We are also certified technicians of the ASE (Automotive Service Excellence).

Got dents, scratches, or any cosmetic concerns with your vehicle? Welcome to Start2Finish, where we are dedicated to simplifying and providing the best auto body repair experience possible. We built the S2F platform with you in mind.

Empower yourself with the ability to quickly receive estimates from top-rated body shops near you. Conveniently compare shops by visiting their profile and viewing customers before and after photos accompanied by written reviews. Forget about the headache of having to call shops to set appointments. With S2F, easily schedule in-person quotes or receive estimates with a few taps on your mobile device. Our platform also keeps you notified throughout the full repair cycle including upcoming appointments, vehicle drop-off dates, vehicle pick-ups, and any messages your body shop may have for you. To top off the complete auto body repair experience, all payments are securely processed through Start2Finish and supported by our Buyer’s Protection.

Our certified partners must meet a high standard of quality in order to become a part of the platform. Customer satisfaction is the core value for our Start2Finish team, partners, and technology. We understand how stressful car dent repair or any other damage can be. There is also the factor of receiving a wide range of estimates for the same exact repair. Our partners know they are competing for your business, therefore will always offer the best price to safely restore your vehicle back to new.

TIRED OF SEARCHING FOR THE PERFECT BODY SHOP?

Cooper City, Florida, in Broward County, is bounded by Davie to the north, Pembroke Pines to the south, both Hollywood and Davie to the east, and Southwest Ranches to the west. The city is considered part of the Fort Lauderdale metropolitan area and in 2007, it was rated as one of the Best 10 Towns for Families by Family Circle magazine. Cooper City was founded by Morris Cooper, a well-known businessman. The Seminole Indians were among the first settlers in Cooper City, and Fort Lauderdale was the first permanent settlement based along the New River. Cooper City is a municipal corporation created by the Special Act of the Florida Legislature on June 20, 1959. Mail arrived in the late 1800s, and local residents operated on the New River Ferry and the Florida East Coast Railway to Miami. The residents know the city more commonly by its motto — “Someplace Special.”

There are numerous parks and sports complexes in the city that offer great recreational activities. The parks have huge playgrounds ideal for children. The sports complexes have basketball, volleyball and tennis courts. Forest Lake Park and Ted Ferone Park are the perfect places to go on a picnic with family and friends. The community centers also arrange summer and winter camps for schoolchildren. Cooper City’s nearby attractions include Tree Tops Park, Hollywood Beach, the Optimist Club of Cooper City, the Orangebrook Golf Country Club, the Art, and Culture Center of Hollywood, and the Anne Kolb Nature Center.

Brian Piccolo Park in Cooper City is the location of a cricket grounds, and in 2004 played host to first-class cricket when the United States cricket team played Canada in the ICC Intercontinental Cup. It also served as the home ground for the Florida Thunder Pro Cricket team in 2004. The park is also home to one of the few cycling tracks in South Florida. The park also encompasses a skateboard park. There are two other parks in Cooper City, Bill Lips, and Cooper City Optimist.
Cooper City is also the birthplace of Troy State defensive end Ken Wagner, who was a part of their National Championship team in the late 1980s.

Here is what other Start2Finish users have to say... 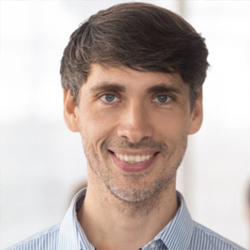 Finding good auto body repair is tough and there are few people you can trust in the industry. This process removes the doubt and has been very useful to my business. 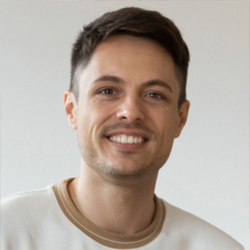 My car was rear-ended on I-95 and there was rear and front damage. After being disappointed from the service I was receiving from my insurance’s shop, I decided to give S2F a try. I am so glad I did! 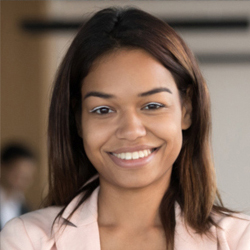 Found an amazing body shop thanks to Start2Finish. Great customer service through and through and my car is looking great! 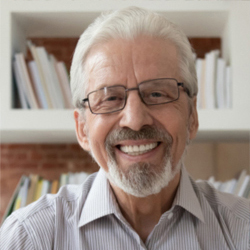 I originally found this app to fix my son’s car, 3 cars in and I can confidently say this is the best solution for fixing any damages.

SAVE TIME, SAVE MONEY.

Repair Your Vehicle with Start2Finish.

Use App
Generated by MPG